In 2006, Legia Warsaw made one of the biggest mistakes in football history. Unconvinced by a virtually unknown reserve team prospect, the Polish giants shipped off a 17-year-old striker to the third tier of Poland for virtually nothing. That striker was Robert Lewandowski, who has gone on to become one of the best strikers in the history of the game — and almost certainly the best Polish player of all time (sorry, Zbigniew Boniek).

This past summer, 20-year-old striker Szymon Włodarczyk left Warsaw at the end of his contract, heading south for another historic club, Górnik Zabrze. Already, Włodarczyk is showing why they shouldn’t have let him go.

(Note: if you want to know more about the Ekstraklasa, here’s a brief article with a recap of the teams that I wrote back in 2021. Some things have changed since then — most notably Wisła Krakow’s relegation — but it’s still good for basic knowledge about some of the teams I’m going to discuss).

Włodarczyk was born in Wałbrzych, the same city where his dad Piotr was born. Piotr Włodarczyk was a former striker for the Polish national team and for Legia Warsaw, and won the Ekstraklasa with the club in 2006. Szymon, unlike Piotr, started his career in the academy of Legia, and put up some pretty impressive numbers.

After several decent years at youth level, Włodarczyk had a breakout season in 2019. With Legia’s U19s, he scored nine times in 13 games in a COVID-shortened season. He even made his senior debut for the club, coming on as a substitute against Lechia Gdansk (at the age of 17 years and 6 months, making him the 12th-youngest debutant in the Legia’s history).

The next year, Włodarczyk took his game to another level. Promoted to Legia Warsaw II, the striker scored 15 times in 23 games, including a brace against former rivals Polonia Warsaw. In addition, Włodarczyk made two more Ekstraklasa appearances.

Last season marked Włodarczyk’s last year with Legia Warsaw. Despite more impressive performances with the reserve side (10 goals and five assists), he struggled to break into the senior team with just 12 appearances, zero starts, and one goal. With his contract expired, Włodarczyk joined Ekstraklasa rivals Górnik Zabrze.

Włodarczyk got off to a slow start, bagging a brace in the second match of the season before going two months (!) without a goal. Now, however, he is recovering his form: he’s found the net against Slask Wroclaw and Lech Poznan and scored twice against Widzew Lodz, taking his tally to six goals (four in his last four matches). This is partially due to a lethal partnership with former Premier League and Bundesliga star Lukas Podolski, who has assisted four of his six strikes.

Physically, Włodarczyk is what many call a target forward. He’s tall (6’2″), physical in the box, good in the air, and gets himself into dangerous positions. Like Lewandowski, he’s a great penalty taker, converting two this season already. Włodarczyk is a good finisher, and can use both feet to get the ball in the back of the net. He’s also surprisingly fast for his size, as displayed in his second goal against Widzew Lodz where he overtook several defenders to receive Podolski’s assist.

The Ekstraklasa has recently proven to be one of Europe’s top leagues for developing strikers. Whether it’s Robert Lewandowski, Krzysztof Piatek, or Arkadiusz Milik, many of the top strikers in Europe started their careers in the league. With Włodarczyk’s skill set, he is well on his way to being the country’s next big thing. 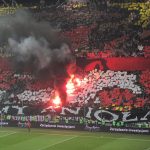 Marco Tilio: Australian Talent to Watch Out for Ahead of World Cup