Leg One Complete: Who Looks Set To Qualify For The Champions League? 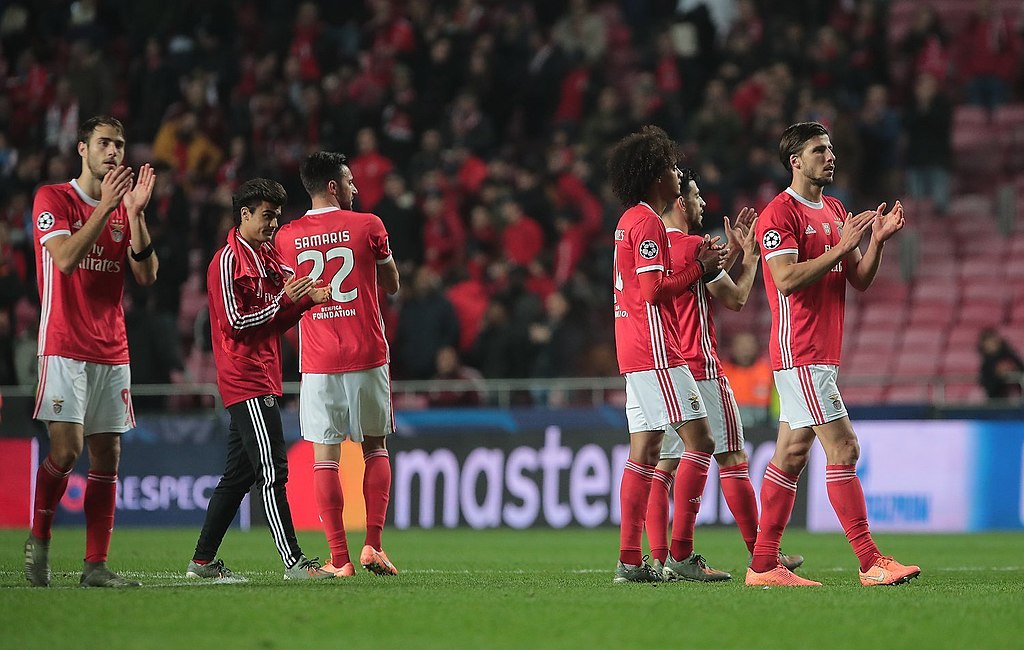 The final round of Champions League qualifiers has begun. The two-legged affair sees 12 teams from some of Europe’s top leagues (and Moldova) battle it out for the final spots in Europe’s biggest tournament.

With the first legs having taken place so far, several teams are already looking likely to qualify. But who are these teams?

Leg one saw Ukrainian giants Shakhtar Donetsk defeat the home team, Monaco-based French side AS Monaco. Brazilian starlet Pedrinho gave Shakhtar the lead in the 19th minute, and solid performances from both goalkeepers limited the strike to the only goal of the game.

After a massive offseason (over $50 million spent!), it’s no surprise to see Shakhtar do well. Shakhtar have qualified for the Champions League every year since 2017, and, assuming they take care of the second leg at home, they’ll be looking to advance to the knockouts for just the fourth time ever.

Monaco have also spent big, but they are in a very transitional period of the club’s history. A relatively new coach (Niko Kovac) is attempting to rebuild a team torn apart by transfers these past few seasons. Looking at Monaco’s transfers, it is evident that they are building for the future so missing out on Champions League qualification wouldn’t be the worst thing in the world. It is only a one-goal deficit, however: Monaco have many attacking options and looked dangerous in the first leg.

Danish side Brøndby took the lead after just four minutes, but two late strikes, including a 90th minute winner by the American, Brenden Aaronson, gave Salzburg the win at home.

Just like anyone who saw him play at Philadelphia, I have been saying for a while now that Brenden Aaronson has next level talent, and he proved that against Brøndby. Aaronson scored the game winner, but Karim Adeyemi’s earlier equalizer came off a rebound of an Aaronson shot. Salzburg is proving to be the perfect place for young players to get adjusted for top European soccer, and that continues with Aaronson. Salzburg now need to take care of the second leg in Denmark, but if they play like they played the first leg, they will qualify with ease.

Then again, Brøndby are no development slouches either. Young goalkeeper Mads Hermansen was fantastic and he was the only reason the Danish champions were even close to holding on to a draw. Brøndby only need to get one goal back, but will need to step up their game as the scoreline was flattering.

In likely the most surprising result of qualifiers, Sheriff Tiraspol became a step closer to being the first-ever Moldovan side in the Champions League after defeating Croatia’s Dinamo Zagreb 3-0. Adama Traoré (not the one who plays for Wolverhampton) scored two of these goals, with the Greek Dimitrios Kolovos scoring the other.

Not only did Sheriff win, they dominated. With numerous chances in both halves, it was a miracle Sheriff didn’t have at least six goals. Having already cleared an astonishing three qualifying rounds (over KF Teuta, Alashkert, and Red Star Belgrad) and winning the first leg so dominantly, you can pretty much count on Sheriff to be in the Champions League. Just don’t expect a new golden age of Moldovan soccer: 20 out of 27 players on the team are foreign.

Dinamo Zagreb played a sloppy game, there’s no way around it. They failed to take advantage of Sheriff’s mistakes (and there were many of them) and didn’t stand a chance on counter attacks. The only way they stand a chance in the second leg is if they play a less sloppy game and use their famous ultras and crowds to rattle the visiting Moldovan side.

Swiss side Young Boys were 3-2 winners at home against Hungarian side Ferencváros, despite playing with ten men for over an hour. Meschak Elia, Vincent Sierro, and Ulisses Garcia scored for Young Boys, with Franck Boli scoring twice for the away side.

Young Boys will be somewhat content with the result in a mixed affair. Poor play gifted Ferencváros’ Boli the first goal, and Young Boys’ first goal took a heavy deflection. The Swiss side then gave up a penalty kick, which Ferencváros promptly missed and then had the rebound goal called back for a foul. Young Boys then (mostly) got their act together, generating some good counter attacks and becoming more organized defensively. In the second leg in Hungary, they’ll likely sit back and look to counter again to keep their one-goal advantage.

Ferencváros were unlucky to lose as they were roughly on par with Young Boys. Unfortunately for them, they were just a little bit worse defensively, as goalkeeper and captain Dénes Dibusz really should have saved more of the shots he faced. Just like Dinamo Zagreb, they’ll need to utilize the home crowd in leg two.

Man, is it nice having fans back or what?

Rafa Silva gave home side Benfica the lead after ten minutes, Julian Weigl doubled the lead a half an hour later, and Benfica held on for a 2-1 win. Cody Gakpo scored for PSV, but it was too late to change the final result.

Benfica have spent big on players these past few seasons with the idea of becoming one of Europe’s elite teams again, and it shows. A side once reliant for its youth academy saw goals come from Silva and Weigl, both players who cost upwards of $17 million. The Portuguese side played a great game, spreading the team’s attack throughout the field. Wiegl, one of the scorers, is a midfielder, and center backs Nicolas Otamendi and Lucas Verissimo both had good opportunities. It’s a good sign that the team isn’t overly reliant on one player.

PSV’s attack looked menacing, with Eran Zahavi unlucky not to find the back of the net. The goalscorer Cody Gakpo was also a constant threat, and PSV really controlled the game towards the end. More than one superb save was required from Benfica goalkeeper Odysseas Vlachodimos to hold the Dutch side. PSV have two big advantages heading into the second leg: the game is at home in Eindhoven, and Benfica received five yellow cards in the first leg. Pressure from the home crowd and attempts by the referee to control the game could easily end in a Benfica sending off.

Malmö are 90 minutes away from playing in the Champions League for the just third time. The Swedish side took the lead over Bulgaria’s Ludogorets Razgrad after less than a half an hour, with Veljko Birmancevic scoring. Thirty minutes later, Jo Inge Berget doubled the lead.

Malmö were close to running away with this game. They dominated, hitting the post early on and simply controlling the match. However, they did struggle with one thing: finishing. Malmö had 17 shots, multiple of which were in great positions, and only scored twice. This matchup should’ve been finished already, but Ludogorets still have some life going into the second leg in Bulgaria.

Malmö weren’t just good: Ludogorets were terrible. They lost the ball constantly, and mainly lost it in their own half because they struggled to get the ball to the other half of the field at all. The only time they looked a threat were on set-pieces, with two free kicks forcing saves. Ludogorets will have to put in a much, much better performance at home if they want to qualify.

One thing that is important to remember is that the away goal rule no longer exists, so the only benefit teams receive from playing at home is the familiarity and the crowds. This means that, for the first time in a while, all of the second legs should be as interesting as the first. There’s no reward for just sitting back and defending, knowing you’ll go through on away goals.

The second leg takes place only a week after the first, so teams have a lot to prepare for in such a short period of time. The winners of each tie will advance to the Champions League Group Stage, earning tremendous profits and global recognition. However, the condolence prize isn’t bad either: a spot in Europa League.