The transfer window is coming to a close, with many teams struggling to get business done in time. Many teams are dealing with financial difficulties, whether due to the pandemic or other reasons. Because of this, many teams can’t afford to buy players from other teams, who also might be unwilling to sell for similar reasons.

Many teams have been focusing on free agents instead. Barcelona, for instance, have acquired several free agents, including Memphis Depay. However, several teams are starting to lean towards signing younger players, as it is more profitable in the long run (in most cases). Who are some free agents, then, that some big teams may target?

Jandro Orellana is one of the many victims of Barcelona’s transfer policies. Having been at Barcelona’s famed La Masia youth academy since 2014, Orellana looked set for some first-team opportunities in 2019 after having helped Spain win the U19 Euros.

However, Barcelona’s youth policy has dropped considerably over the years, with many players not even getting a second glance. After 61 appearances for various Barcelona reserve teams, some of which he captained, Orellana never played for the club’s senior side before being released in July. At 21, Orellana has tremendous potential but has struggled with injuries. Real Zaragoza, a second tier Spanish side, have been rumored to be interested.

Oriol Busquets is another La Masia product, having played for Barcelona’s youth sides since 2007. Busquets has long shown tremendous potential, having made 22 appearances for Spanish youth national teams.

Busquets (no relation to Sergio) did actually play for Barcelona’s senior side, unlike Orellana. He made his debut in the Copa del Rey at the age of 18, and made his second appearance a year later. A loan to the Netherlands followed, playing 23 times for FC Twente. The next season, Busquets played for Barcelona B but injuries prevented him seeing the field often.

Busquets’ departure is somewhat surprising as it was assumed that he would renew with Barcelona. When healthy, Oriol Busquets has shown potential to be a top-tier player.

Aliou Traoré spent his youth career with some of Europe’s top clubs in PSG and Manchester United, but a loan move to France with SM Caen proved to be too much for him.

After claiming he was ready for professional soccer instead of playing on United’s reserve team, Traoré earned a loan to Caen. He enjoyed a fairly decent start to the season with Caen in France’s second tier but fell out of favor and was benched for 13 of the team’s final 18 matches. Following this move, he was released but has received interest from several clubs, including Celtic.

Kwong-song Han might have one of the oddest stories for a professional soccer player.

One year later, Al Duhail released Han after only twelve games, accusing him of funneling his wages back to the North Korean government. Right.

Whilst this might be a career-killer, Han hasn’t been found guilty and could potentially continue his career. He’s a promising talent, but it’ll take a bold team to sign him because of the politics surrounding him.

Mattia Viviani was one of Italian Serie B side Chievo Verona’s top talents, but he’ll have to go elsewhere to fulfill his talents after the Italian side folded.

Viviani played in almost all of Chievo’s matches last season, with the defensive midfielder starting for eight of Chievo’s clean sheets. Viviani also earned his first ever youth international cap this summer, starting against San Marino.

Unfortunately, financial issues caused Chievo Verona to fold this summer. Typically this means that the team would be sent to Italy’s fourth tier (see: Palermo, Siena), but Chievo failed to find a buyer and will cease to exist. This means Viviani is released from his contract, and any team can sign him. He will definitely get interest from some good Italian teams.

Kazaiah Sterling is proof of how constant loans do not always help players.

One of Tottenham’s top youth players, scoring 30 goals for various Spurs youth sides, and even made his Champions League debut in 2017. It was one of only two games that he ever played for Tottenham’s senior team.

Loans to Sunderland, Doncaster, Leyton Orient, Southend United, and Greenock Morton followed, all of which happened in two years. Sterling was never able to gain a foothold and struggled before being released by Tottenham.

The England youth international has shown flashes of potential and could easily start for a League One team.

Free agents are normally hit-or-miss: Willian, for instance, has flopped hard at Chelsea, but the likes of Robert Lewandowski and Andrea Pirlo came for free. Teams will hope they’ve picked up one of the game’s next stars with these players.

Obviously these are just some of many players who are promising free agents. Who do you think should have made the list? 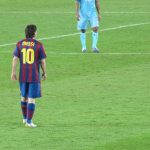 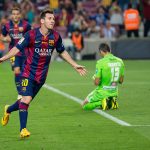