It’s hard to believe, but it has been only two years since France won the World Cup. More importantly, there are less than two years remaining until 32 teams head to Qatar to decide who are the new world champions. Because of coronavirus, these qualifiers will be unlike any others. With all of the qualifying fixtures to be played within two years, it will come down to depth and there will be quite a few surprising teams that qualify.

It is impossible to tell who will be in the World Cup two years from now. Form, stars, and qualifying groups can all change within that time. However, these are my educated guesses as to who could qualify for the next World Cup.

You can find a more extensive review of the Asian World Cup qualifiers here and here.

It’s been a rough start to the qualifying campaign for Iran. Ranked 29th in the world by FIFA, Iran have lost their last two games of round two against Iraq and Bahrain and are currently third in their group. Whilst I don’t think Iran can catch up to first-place Iraq, who are five points ahead of them, but I think they’ll finish second in the group and advance to round three. Iran has great depth as well, but something even better: an out of favor Premier League star. Alireza Jahanbakhsh has played just over 500 minutes for Brighton this season, but has star quality and will be well-rested for qualifiers and will also be playing for a transfer. He’ll be key for Iran, who will make it to the intercontinental playoff.

Side note: Because of tariffs, it is very hard to find new Iranian soccer jerseys. If you are a fan of the Iranian team, I recommend buying a retro jersey on classicfootballshirts.co.uk.

You can find a more extensive review of the African World Cup qualifiers here and here.

Two years ago I called Curacao dark horses to qualify for the World Cup, and I’m not changing my opinion now. Curacao has good young players coming in from the Netherlands and veterans like goalkeeper Eloy Room. Add legendary manager Guus Hiddink, who lead South Korea to a fourth-place finish in the 2002 World Cup. His ties with the Netherlands, having coached the Dutch national team (twice) and PSV Eindhoven (thrice), allow Curacao to get young Dutch players with Caribbean ties. Curacao will advance to the inter-continental playoff, minimum.

The qualifying process will be strange, with an unusual, hectic schedule. It’s quite possible that clubs will block players from going on international duty, like Bayern Munich did for French wingback Bouna Sarr. This could benefit big teams with better depth, or it could benefit smaller teams who no longer have to face superstars every week. One thing is for sure: this will be an interesting qualifying process.

Image Courtesy of Franz from Saarbrücken, CC BY 2.0, via Wikimedia Commons 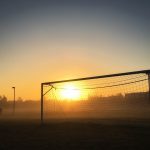 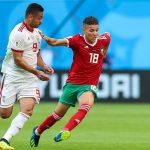