Transfers have made headlines of late, with former FC Dallas star Ricardo Pepi and Orlando striker Daryl Dike both heading abroad. However, the league is also now spending the money they earn: Italy and Napoli winger Lorenzo Insigne has agreed to contract terms with Toronto FC in a move that will make him the most valuable player to ever play in the MLS. Several other players have also been linked with the MLS recently, including Torino striker Andrea Belotti and Atletico Madrid’s Luis Suarez.

However, despite the MLS’s affinity for big name Europeans and South Americans, many of the league’s real stars have come from Africa. Sierra Leone’s Kei Kamara, for example, is of the league’s top all-time scorers, and famous Ivorian Didier Drogba is CF Montreal’s third highest goalscorer despite being at the club for less than two years.

With all that being said, it is no surprise that several MLS players have made squads for the African Cup of Nations (AFCON). But who are they?

Despite being just 24 years old, Tolo is already an experienced veteran at the MLS level. Since arriving from Rainbow FC, Tolo has made a whopping 130 appearances for Seattle and even lifted an MLS Cup with the team. Additionally, Tolo was an MLS All-Star in 2021, selected as one of the best players in the league.

Tolo has made six appearances with Cameroon, featuring in three different positions and starting in all of his appearances. Unfortunately, Tolo did struggle with injuries this past season, so his international appearances might be limited. In his most recent match for Cameroon, he lasted just six minutes before being subbed off for Olivier Mbaizo.

Since 2020, Olivier Mbaizo has established himself as one of the MLS’s top right backs. After initially struggling for game time after being purchased from Rainbow FC in Cameroon, Mbaizo has now made 51 appearances for the Philadelphia Union in their last two seasons. This is arguably the most successful stretch in the club’s history: They won the Supporters’ Shield (basically meaning they were the best team in regular league play, before the playoffs), got farther in the playoffs than ever before, and reached the semifinals of the CONCACAF Champions League, where they lost to Club America in a game where Mbaizo literally lost a tooth mid-game. What’s more Philly than that?

Whilst almost solely a right back for the Union, versatility has helped Mbaizo make the Cameroon squad. In his eight appearances for the national team so far (seven of which happened since 2020), Mbaizo has featured at three different positions. Cameroon also have won all but one match that Mbaizo played—against Cape Verde—which brings us to our next player…

Mbaizo’s club teammate Jamiro Monteiro has worked his way back into the international setup, with a move to Philadelphia being the difference.

Once touted as an exciting prospect for SC Cambuur as well as Heracles (both in the Netherlands, where Monteiro was born), Monteiro earned five appearances for Cape Verde at a young age but was dropped from the side after a move to Metz in France, where he played just seven games. After a loan—and eventual permanent transfer—to Philadelphia, Monteiro became a first team player again (12 goals & 20 assists since 2019, playing as both a center midfielder and central attacking midfielder), leading the Union to the aforementioned Supporters’ Shield. Monteiro has made eleven further appearances for Cape Verde since his Union move, taking his cap total to 16 and even scoring his first international goal.

Unfortunately, recent events in Philadelphia with Monteiro have caused a bit of controversy: In the midst of the club’s first ever CONCACAF Champions League run, Monteiro requested a transfer—for a multitude of reasons—which saw him dropped from the squad in the first leg of the Semifinals against Club America. He was surprisingly included in the team for the second leg, but missed a key penalty which almost guaranteed the Union would be eliminated (they were). Monteiro remains a very talented player, but his future is uncertain.

Arguably the most famous player on this list, the 31-year old Ghanaian has made the rounds globally: He’s played in Ghana, South Africa, Italy, Spain, France, Russia, and now the United States, where he has spent the past five years. The versatile defender is becoming a club legend in Columbus, too, as he’s won the Campeones Cup and MLS Cup, captaining the side to both, whilst making an incredible 146 appearances for the side.

Mensah is no stranger to international tournaments, either: he’s made almost seventy appearances at international level for Ghana. Mensah played for the Black Stars at both the 2010 and 2014 World Cup (Ghana didn’t qualify in 2018), and has made every AFCON squad for Ghana since 2010. He’s a valuable asset for both club and country.

Purchased from Turkish side Yeni Malatyaspor this past summer, Hadebe was a rare bright spot in the MLS’s third worst team. Playing in seventeen games, the center back won the team’s awards for Defender and Newcomer of the year. Prior to both Houston and Malatyaspor, Hadebe played for Kaizer Chiefs in South Africa as well as multiple sides across his home country of Zimbabwe.

A longtime international, Hadebe made his debut in 2017 and has gone on to play 32 matches for Zimbabwe. Hadebe is going to have to help Zimbabwe improve on their last international tournament, though: He started all three matches of Zimbabwe’s winless 2019 AFCON campaign.

Technically speaking, Augustine Williams’ LA Galaxy contract expired on January 1st, meaning that he is no longer an MLS player and is a free agent. With that being said, Williams has been in some form of the MLS since 2016, so he counts.

The lanky striker arrived on the Portland Timbers in 2016 at the age of 19, but never broke into the first team after averaging one goal in every six games at reserve level. Three years and no professional debut later, Williams signed for the LA Galaxy. Williams impressed enough to earn seven senior appearances—all substitutes—but was loaned out to USL side San Diego Loyal and had his contract option declined.

Fortunately for Williams, his form picked up in the USL (six goals and three assists in thirteen games) which has earned him a spot on Sierra Leone’s side. Called up in 2021, he made his first appearance against Benin and has since made two further appearances.

With the MLS becoming an increasingly successful development league, more Africans may start to move to American sides. Already this transfer window has seen Ghana’s Yaw Yeboah head to Columbus, South Africa’s Bongokuhle Hlongwane to Minnesota, and Senegal’s Dominique Badji to Cincinnati. Aboubacar Keita is another player to keep an eye on—having just transferred to Colorado from Columbus, the young center back is eligible to play for Guinea as well as the United States.

Which one of these players do you think will have the biggest impact at the tournament? Let me know in the comments! 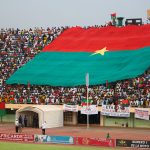 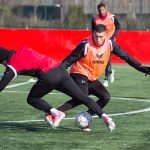 Four Players Whose Stock Rose After Round Two of AFCON 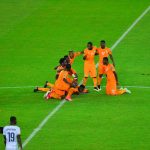