The Chilean team has fallen on hard times lately. Despite having won the Copa America in 2015 and 2016, Chile has failed to qualify for the last two World Cups. Many of the nation’s stars are now past their prime, too: Alexis Sanchez, Claudio Bravo, and Arturo Vidal have a combined age of 107. To replace these stars, Chile is focusing on recruiting dual nationals. Ben Brereton Díaz has become a revelation for them, while Chile are supposedly recruiting Inter Miami striker Robbie Robinson. (Who, by the way, was a SuperDraft pick. Just saying.)

However, one of Chile’s brightest prospects is not a dual national—in fact, he still plies his trade in Chile. Union Española’s 21-year-old Bastián Yáñez recently earned a national team call-up following his impressive performances in Chile’s Primera División. But who really is Bastián Yáñez, and how has he become one of Chile’s most promising players?

Yáñez is a Union Española player through and through: he joined their academy aged eight and hasn’t played anywhere else. By 2018, the versatile winger was already playing for Union’s first team at the age of 17. He has since gone on to make over 50 appearances for the Santiago-based side.

Española are one of Chile’s oldest and most successful teams but they haven’t won a trophy since 2013. However, this could be set to change thanks in part to Yáñez. Española are currently tied for first in the league after fifteen matches and has easily progressed into the Round of 16 in the Copa Chile. If Española are able to win one of these competitions, they could cash in on Yáñez for a handsome fee.

In December, Yáñez earned his first two caps in friendlies against Mexico and El Salvador. He was subsequently dropped from Chile’s squad for the next seven matches, with Chile winning only one.

Yáñez is the joint-fourth team in the Primera División with four assists so far this season, having bagged seven last campaign. He’s also top ten in big chances created (four), chances created (28), and currently leads the league in crosses for the second straight season. He also has two goals, with one coming from his favored left-wing and the other coming from the right.

Comparing Yáñez to his former teammate Carlos Palacios, who was sold for a club-record fee, shows how Yáñez differs from other Chilean prospects. Palacios, for instance, is more of a finisher, while Yáñez excels as a producer who can find the net as well. It’s hard to compare his statistics to anyone due to his lack of game time, but last season he out-assisted Palacios’s final season in Chile (in 2020) and he’s on track to do that again this year.

Yáñez is a brilliant producer, whose crosses are arguably the strongest part of his game. This in combination with his speed and footwork makes him a menace on both flanks, although he is primarily played on the left. He’s good at finding space and making accurate passes, which makes one wonder if he could potentially be played in more of a central role. This would, however, take away Yáñez as a crossing threat.

Yáñez has never played outside of Chile, which is something of concern as it means he has limited experience. He provides less defensively than some wingers, focusing on offense. He’s also relatively short at 5’8, which is sometimes an issue in more physical leagues.

Yáñez is an intriguing talent and it’s easy to see him playing in the top tier of Italy, Spain, or Portugal in the near future. However, even if he doesn’t move to Europe, he can still be an important figure in the national team. Some of Chile’s most legendary players never left the country or the continent.

Chile’s “Golden Generation” has run its course, but Chile has plenty of upcoming players who are replacing those stars. If he continues on his current trajectory, Yáñez could lead Chile right back to the top. 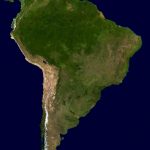