Recently, Indonesian football has faced scrutiny. This year, a stampede following a match between Persebaya and Arema FC led to the deaths of more than 130 fans. This incident was worsened by the police, who fired tear gas into the crowds, and the fact that the exits were nowhere near wide enough for the fans to escape. This is far from the first time that the Indonesian Football Federation has been criticized.

Years of mismanagement have halted the growth of the game, with match-fixing, corruption, and fan violence running rampant. In 2015, even FIFA had enough, banning Indonesia — although that lasted only a year. Despite all this, Indonesian fans remain as some of the most passionate in the world.

This is especially true as the old guard is being phased out, with fresher faces preparing to take Indonesia’s team into the future. The biggest hope in the game is an exciting 18-year-old talent: Marselino Ferdinan.

Ferdinan was born in Indonesia’s capital, Jakarta, and joined Persebaya’s youth academy early on. He broke onto the scene in 2019 at the ASEAN (Association of Southeast Asian Nations) Football Federation’s U15 Championship. Ferdinan found the back of the net five times in seven games.

Just three years later, he made his debut for Indonesia’s senior team in a victory over Timor-Leste. He debuted in January amid a season that saw Ferdinan become a regular for Persebaya, scoring four times and assisting seven more. This included an absolutely gorgeous strike against rivals Arema, scoring from long range to equalize.

Ferdinan missed the beginning of this season due to injury, but he wasted no time upon his return. In his second match of the season, he scored a 94th-minute winner with another rocket from outside of the box. He missed multiple matches due to international duty, but upon return, he assisted two goals against Arema in a 3-2 win. Unfortunately, this was the match that led to the tragic stampede and the postponement of the league.

By the time the league returned — two months later in December — Ferdinan was on an international break with Indonesia, so he hasn’t played a league match in several months. Despite this, Ferdinan is clearly one of the league’s best players, and he has a great chance to become Indonesia’s first big sale.

Ferdinan has a cannon of a leg, striking from range on multiple occasions. His passing regularly splits open defenses, while his positioning creates chances for himself and his teammates. Ferdinan’s dribbling and pace help the lanky attacking midfielder run through challenges, while on defense he works hard to win the ball back.

The Indonesian talent will soon be on the move, having reached the age of 18 — permitting him to move overseas. He’s collected his share of awards and acclaim: Liga 1 Young Player of the Year, Indonesian Best Young Footballer, and he was named one of Guardian’s Next Generation Players in 2021 (alongside the likes of Gavi and Youssoufa Moukoko).

Several Indonesian players have moved to the Netherlands in recent years, although few have made it in the Eredivisie. Ferdinan could break that trend, with multiple Dutch clubs lacking in offense that could use the Persebaya talent. Reportedly, he has a release clause for clubs in Japan, South Korea, and all of Europe, so staying in Asia is an option.

Despite the unfortunate situation surrounding the game in Indonesia, there are several bright spots for the country. Perhaps none are brighter than Ferdinan. 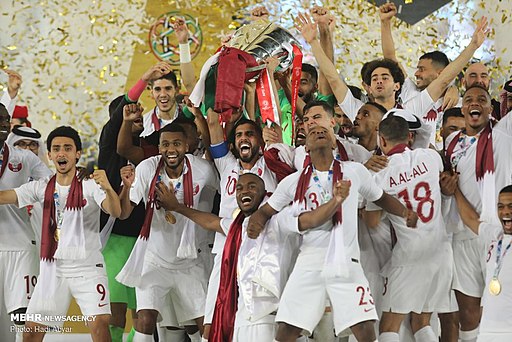