While it seems like, in many leagues, the season has just ended, it’s already beginning to start elsewhere. That’s the case in Switzerland, where the league kicks off this weekend with several high-profile matchups. With the success of the Swiss national team at the Euros and qualification for the World Cup over Italy, it appears that the country’s soccer is reaching a turning point.

The recent quality improvement in the league is visible, too. Just ask Manchester United, who lost to (at the time defending champions) Young Boys in the Champions League. Basel also reached the Round of 16 in the Europa Conference League, narrowly losing to Marseille.

One of the reasons the Swiss League and national team are improving is the sheer amount of young talent coming through the ranks. Take the Switzerland vs. France match at the Euros, for example. Every single member of the starting eleven for Switzerland that day played in the Swiss Super League at one point in their careers.

With that in mind, here are several talented youngsters to watch out for this upcoming Super League season.

One of Switzerland’s most exciting goalkeeper prospects, Saipi enjoyed a breakout season last year. Bought from second tier FC Schaffhausen, Saipi played 22 matches for Lugano, who finished fourth in the league. He finished top ten in the league in saves (72) and cleansheets (four). With Lugano playing Conference League qualifiers this season, this year could see him gain recognition across Europe. A tall goalkeeper with excellent reflexes, he is eligible for the Swiss and Kosovan international sides.

Stergiou made his name known this summer after making his Swiss international debut in a Nations League victory over Portugal. He’s been known in the Super League for a while, though – his 78 interceptions led the league last year, also leading that same category in 2020. A physical defender who excels at winning the ball, Stergiou is likely to move on to a bigger league in the near future.

Similar to Stergiou, Omeragic is a Swiss international – in his case, since 2020. Last season, Omeragic cemented his status as one of the top players in the league by helping FC Zürich to their first league title since 2009. With reported interest from all across Europe, it’s only a matter of time before he moves on, although Zürich will want to keep him as they play Champions League qualifiers. He’s a fast defender who’s strong in the air.

Blum started last year on loan but returned to Young Boys in January. After returning, Blum became an important part of the side, playing 16 times. A versatile defender who can play on either flank, Blum is fast and strong. This season will be a big one in determining if he can earn a starting role permanently with Young Boys.

Rieder’s no stranger to the big occasion: he scored a beautiful game-tying goal at Old Trafford in the Champions League last season. In the Swiss league, he had a stunning season, finishing top ten in assists (7) and tackles (39), showing off his versatility. There’s a decent chance that Rieder, who won the league with Young Boys two years ago, is off to a bigger league by the end of the year. If he stays, he’ll look to earn a spot on the Swiss national team. A strong finisher who tracks back and can find a pass, it’s only a matter of time.

Imeri was crucial in Servette staying up – they finished four points above the relegation play-off spot. Undoubtedly that margin would have been smaller or non-existent if not for Imeri’s attacking abilities. The Swiss international finished top ten in the league in goals (11), shots (73), shots on target (26), and fouls drawn (50). His contract expires next season, so Servette likely need a strong season to convince him to stay. A strong finisher with good passing and movement, there will be many interested clubs.

Ndoye is joining Basel permanently after spending last season on loan with them. The Swiss youth international left Switzerland for France’s OGC Nice in 2020, but was loaned out twice before joining Basel permanently. Last season he finished with five assists and two goals in the league, and will look to improve on that tally this season. An elusive winger who creates chances, he could be set for a breakout season.

Gnonto is the perfect example of two things. The first is how well free transfers for talented prospects can work, as he joined on a free transfer (find some talented free agents this season here). The second is that fortune favors the brave: Gnonto never appeared for Inter Milan, ditching them at 16 to join Zürich. In two years, he’s won the Swiss Super League and become an Italian international. He’ll be crucial for Zürich’s Champions League hopes, chipping in with 15 goal contributions in all competitions last season.

Mambimbi is a player I have high hopes for this season. He’s had limited chances since joining the Bern-based club, but has taken them when offered: nine goal contributions last season in eleven starts. Now, however, with preferred striker Jordan Siebatcheu leaving the club, he could/should have more playing time next season. A speedy forward who gets himself and the ball in good positions, he’s one to watch, for sure. 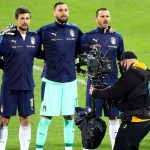 Italy Advance, Déjà vu for Switzerland, and More From The Quarterfinals 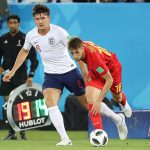