It’s no secret that DC United are having a miserable season.

This struggle has looked inevitable since preseason when a string of notable players left. First, it was Yamil Asad and Joseph Mora, then Yordy Reyna, then Ramón Ábila. Academy graduate Kevin Paredes (who is eligible for the Dominican Republic) was the next to leave, joining Wolfsburg. By the end of the transfer window, star Paul Arriola had also forced a move to league rivals Dallas.

Firing manager Hernán Losada after six league matches didn’t help. Granted, Losada had reportedly fallen out with several key players (including allegedly Arriola) and had lost four consecutive matches in the league. Still, it had only been a year since he was hired and the season had barely started. He was replaced by his assistant, Chad Ashton, on an interim basis.

Under Ashton, things took a definite turn for the worse. DC United has been one of the league’s poorest teams this season, with 17 points from as many games. They’ve won only five games, with only three of those coming under Ashton. However, no one could have predicted how low DC would sink.

In their most recent match, which I attended, they were absolutely destroyed. Against Supporters’ Shield candidates Philadelphia Union, DC gave up five goals by halftime and scored none. By the end of the game, it was 7-0 – the joint-most lopsided scoreline in MLS history. Only a missed penalty spared them the record.

Whether DC United would have pursued former player Wayne Rooney to become manager quite so much otherwise remains unknown, but they certainly sped up the process. Today, they unveiled Rooney as manager, and, believe it or not, things are looking up for DC United. Here’s five reasons for optimism.

Odds are that most people reading this already know what Wayne Rooney accomplished during his playing career. The former Everton and Manchester United forward scored prolifically in the Premier League while winning pretty much everything possible at club level. He then moved to DC United, before ending his career with Championship side Derby County.

In his first season as manager, he was dropped immediately into the deep end. Derby County was dead last in the Championship with very little going for them. Somehow, Rooney managed to navigate Derby to safety by the end of the season. Last season proved to be too much, though, as Derby started off with negative twenty-one points due to various violations.

Derby finished the league second-to-last, with 34 points: an impressive haul for a team destined to go down. Had those points not been deducted, Derby would’ve finished with 51, enough for safety. Rooney stepped down after this, but he showed his class as a manager in doing this. Now at DC, a club with significantly less of a crisis and no threat of relegation, Rooney should be able to work his magic.

Taxiarchis Fountas, or Taxi Fountas for short, is DC United’s designated player striker. (For non-MLS fans, a designated player is someone who can be paid more than the league’s cap requirements.) A Greek international, Fountas was brought in from Rapid Vienna in March of this year for a reported $400k. Safe to say that’s worked out.

Fountas has scored nine goals in the MLS this season, including a hat trick against Orlando City. DC United has scored 23 goals this season – so he’s scored over a third of every DC goal. Unsurprisingly, he was chosen as an MLS All-Star, cementing his place as one of the best in the league.

At Derby, Rooney lacked an elite striker, but he’s got one in DC with Fountas. As a former striker himself, Rooney should be able to get the best out of Fountas.

One of the perks of being an original MLS side is that DC United has had time to improve their academy. Multiple MLS veterans started their careers with DC’s academy, including journeyman veteran CJ Sapong. Recently they’ve started to profit from the academy, sending the previously-mentioned Paredes overseas as well as Chris Durkin and Griffin Yow.

One of the reasons Rooney was successful with Derby was his ability to work with young players. At DC, he’ll have the advantage of a strong academy and a pipeline of talent. Oh, and he can also take advantage of the SuperDraft.

As the capital city of the United States, DC United takes advantage of its reputation. Rooney himself was convinced to ditch the Premier League for DC, while players like Hristo Stoichkov have done the same in the past. Rooney himself adds to the reputation of DC United, as he’s well known across the world.

I’m not going to speculate on which players they have been linked to because MLS rumors are often nonsense. If rumors were true, Messi would face Ronaldo and Neymar regularly on away trips to Miami. Still, DC could make a splash signing thanks to the reputation of the club and manager. They also have two designated player spots for a potential big signing.

DC might be going through a bit of a rough patch, but they still are one of the most successful teams in MLS history. They’ve won the second-most MLS Cups (four), joint-most Supporters’ Shields (four), and three US Open Cups. Eventually, as one of America’s most successful teams, they will win again. There’s reason to believe that Rooney can be the man to make it happen. 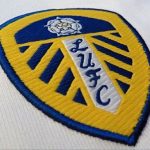 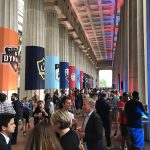