After 38 match days, 380 matches, and a total of 283 calendar days, the Premier League season is complete. The final results went right down to the wire, with the league title decided on the final day. The winners? Manchester City.

Despite the overall competitiveness of the league, the result was rather predictable. First, it’s Manchester City’s second consecutive Premier League and their fourth in five seasons. They led for most of the season—at one point, they led the league by 13 points.

Of course, the Premier League had many thrilling subplots and positions decided on the last day. Relegation battles were decided, as well as Europa and Champions League spots. Here’s how it all panned out.

No real surprises amongst the relegated sides. Norwich City were poor all season and continue to be a yo-yo team, bouncing between the Premier League and Championship. The Canaries finished last in the league and were confirmed as relegated in April.

Watford finished in 19th, with just one more point than Norwich. They finished the season with half as many managers (three) as wins (six). On the final day they were joined by Burnley, who haven’t been relegated since 2015. However, after the strange decision to fire manager Sean Dyche with just a few games left, it became clear that Burnley were headed towards the drop.

Leeds United were brought back down to Earth this season, finishing 17th a year after challenging for Europe. Well-liked manager Marcelo Bielsa was fired and replaced by Jesse Marsch, who avoided relegation. Similarly, Everton were surprise strugglers for most of the year and finished in 16th, just four points safe. They also sacked a manager, with the controversial Rafa Benitez replaced by Frank Lampard.

Southampton finished in 15th despite an astonishingly poor run of form late in the season. The Saints won just one of their final eleven matches. They finished five points behind Aston Villa, who struggled to a 14th placed finish despite heavy investment.

Brentford enjoyed a comfortable first ever Premier League season, finishing in 13th. The London-based side were led by Christian Eriksen, whose recovery from cardiac arrest may well be the story of the season.

Crystal Palace finished in 12th and had some strong performances, including victories over both Manchester City and United as well as Arsenal. They also finished the season with their fewest Premier League losses ever. Palace finished one point behind Newcastle United, whose controversial takeover essentially bought them out of relegation. The Magpies will have loftier goals for next season thanks to their newly acquired funds.

Wolverhampton finished in tenth place after a final day loss to Liverpool. However, for much of the season Wolves were eighth and challenging for Europe. One of the teams that pipped them on the final day was Brighton, who ended up in ninth. Thanks to manager Graham Potter, the Seagulls finished in their club’s highest ever position.

Leicester City finished eighth and endured a relatively poor season, having not been in the top seven at any point this season. The Foxes were also eliminated in the Europa League group stages and were knocked out in the Conference League semi-finals.

It was a strong season for West Ham, who reached the semi-finals of Europa League. Unfortunately, they struggled with depth and scoring, but some activity in the transfer window could see them reach the Champions League. Next season, however, they will play in the Conference League.

A victory for West Ham on the final day would’ve seen them overtake Manchester United into the final Europa League spot. Manchester United struggled throughout the season despite (or perhaps because) of the return of club legend Cristiano Ronaldo. United finished the season with three different managers, and will have a new manager next season.

It was a mixed season for Arsenal, who started the season with three consecutive losses but will be disappointed to miss the Champions League. The Gunners hit a good run of form that saw them reach fourth, but a late loss to rivals Tottenham saw them finish in fifth. The foundations for success are there, though.

Tottenham were transformed into a Champions League club after the arrival of Antonio Conte, who replaced previous manager Nuno Espirito Santo. The North London club also brought in multiple players in January, including Sweden international Dejan Kulusevski. Kulusevski was key, with five goals and eight assists after arriving.

It was something of a dramatic year for Chelsea, who have dealt with controversies over their Russian owner as well as the sale of the club. Regardless, they managed to reach two finals – the Carabao Cup and FA Cup. They lost both on penalties to Liverpool, and finished behind them in the league.

Liverpool have had an incredible season, which you can read about here. In the Premier League, however, they fell just shy, losing by a single point. Incredibly, they finished the season with just two losses: both before the winter transfer window opened.

The Reds finished right behind Manchester City, who continue to dominate the Premier League. Down 2-0 to Aston Villa, the Citizens scored three goals in five minutes to retake the league title. They scored a whopping 99 goals and finished with 93 points. Simply incredible. 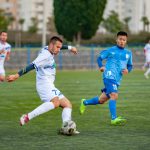 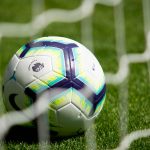 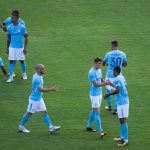