The World Cup is almost here, and qualifiers are coming to a close this month across the globe. Well, almost all: you can read about the problems Europe’s qualifiers have faced here.

South America’s qualifiers are arguably the most exciting left: only two nations have qualified thus far, and six nations have the potential to qualify with just two matches remaining. But who’s in, who can qualify, and who’s already out?

Unsurprisingly, Brazil has already qualified for the World Cup, something they’ve done since… always. They’re the only nation ever to qualify for every single World Cup since the original in 1930. The Brazilians are also the record champions but haven’t made the finals since 2002, when they won for a fifth time.

Brazil has not lost a single match in World Cup qualifiers, having tied just three. However, they haven’t been without controversy: they had a game with Argentina called off at the half because of Covid protocols, and were fortunate to tie Ecuador after two red cards for goalkeeper Alisson were called back, as well as a late penalty kick.

Argentina are the other South American side that has qualified for the World Cup and also have not lost a single match so far. Despite having Ballon d’Or winner Lionel Messi in the side, Inter Milan striker Lautaro Martinez has been the star, scoring seven goals—second most in qualifiers.

Lionel Messi will undoubtedly be in the limelight in Qatar: he finally earned the international trophy he chased for so long at the 2021 Copa America, but has yet to win a World Cup. This upcoming tournament is likely the 34-year old’s last chance to imitate Diego Maradona’s feats and win.

Ecuador already has one foot in Qatar: they’ve already clinched the fifth-placed spot at minimum, which would ensure a spot in the intercontinental playoffs. However, Ecuador are going for direct qualification: a win could clinch a spot. They’re an exciting team to watch, too, as they’ve scored the second most goals in South America.

Ecuador has only been to three World Cups, most recently in 2014, and has made it to the knockouts just once. This looks like one of Ecuador’s best ever teams, courtesy of a youth revolution: only five players in their most recent qualifying squad are 30 or older, with ten players 23 or younger.

Uruguay are going through a transitional phase: longtime manager Oscar Tabarez was sacked last November from the team he’s managed since 2006. At the time in seventh place with four matches remaining, replacement manager Diego Alonso (46) has now won both matches he’s managed to take them to fourth. The two-time World Cup winners are also passing the torch on the player front—stalwarts like Luis Suarez, Edinson Cavani, and Diego Godín are all surely competing for their final World Cup, while Darwin Nunez and Ronald Araujo are aiming for their first.

Uruguay have a tricky next two matches, facing rivals Peru (just one point behind them) and Chile (three points behind). Losses to either of those teams could well see the team fail to qualify for the first time since 2006.

Peru fans were thrilled to qualify for the World Cup in 2018—for the first time since 1982—but now expect la Blanquirroja to make it once again. The team won just one game at the 2018 World Cup, being grouped by Denmark and eventual champions France.

The largely domestic Peruvian team has lost seven games and has the second-worst goal differential among teams that can qualify, but it has won when it counts, including crucial victories over Chile and Columbia. This will be important in their final matches: they face Uruguay in a potentially decisive match and face Paraguay on the final day.

Not so long ago I wrote an article on some players who may switch nationalities in the lead up to the World Cup. Chile has taken that to the extreme. English born Ben Brereton Díaz of Blackburn has emerged as their top player since being discovered as part-Chilean on the video game Football Manager, whilst recruiting heavily from America. They’re now making attempts to recruit Robbie Robinson and Sebastian Soto among others.

Currently outside of a qualifying spot, Chile has probably the hardest schedule left. They’ll face a Brazil side that, whilst already having clinched a spot, will have players competing for a spot in the World Cup squad. Chile have to follow that up with an important match against Uruguay, just three points above them.

Luis Diaz. James Rodríguez. Rafael Borré. With that kind of firepower in attack, Colombia should be well on track to make it to Qatar. However, that’s been far from the case. Colombia have now gone seven games without a goal in qualifiers, leaving them with serious doubts as to whether or not they can qualify for a tournament they haven’t missed since 2010.

Whilst Bolivia isn’t technically eliminated, they’re good as gone. Six points back with two matches left, the highest they can finish is fifth, which wouldn’t be automatic qualification but rather an intercontinental playoff spot. They also need Peru to lose both of their games, Chile to go winless, and Colombia to fail to win both matches.

Still, Bolivia is a fun team to watch. Despite being eighth, they have scored the joint-third most goals in South American qualifying, have the top scorer in qualifiers (Marcelo Martins Moreno), and have upset several teams, including Uruguay. They’ll need to tap into that for their final two matches, against Colombia and Brazil.

For the third straight tournament, we will not see Paraguay at the World Cup. The Paraguayans have won just two matches and, despite having Newcastle United’s Miguel Almiron and promising young star Julio Enciso, have scored only nine times—well under one a match.

However, Paraguay will still be a team to watch, even if they are eliminated. The aforementioned Enciso has been gaining more minutes gradually and the 18-year old linked with Premier League clubs should get a run in the squad now that the team is officially out. They’ll look to play spoiler against Ecuador and Peru.

Once again, Venezuela will not be at the World Cup: the only CONMEBOL team to have never qualified for football’s biggest stage. With the second fewest goals scored and the second most conceded, Venezuela will be disappointed with how qualifiers have gone.

Just like Paraguay, Venezuela is still an interesting team to watch and has a good variety of players to keep an eye on. Premier League veteran Salomón Rondón is always lethal, whilst American fans will be able to spot many MLS stars on the field, including Josef Martínez and potentially Christian Makoun.

With six teams able to clinch four remaining spots, this round of qualifiers will be a can’t miss event. Will Uruguay be able to complete its comeback? Can Colombia stop their scoreless streak? Can Bolivia pull off a miracle? We’ll find out in just a few days. 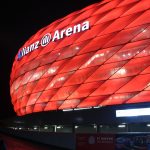 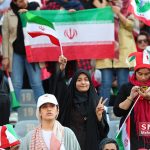