The Olympic men’s final has been decided and it will see the two most valuable teams at the tournament face off. Spain hold a market value of $619.3 million per Transfermarkt, whereas Brazil’s value of the combined squad is over $400 million. No other team has a market value of over $150 million, so it’s fair to say that Brazil and Spain brought their (almost) A-teams.

Spain showed how strong their offense can be, scoring five against the Ivory Coast. Wolves talent Rafa Mir was among the goal-scorers, netting a hat trick. Unfortunately, Spain’s offense stuttered in the semifinals against Japan. A goal from Real Madrid’s Marco Asensio in the 116th minute won the game for Spain 1-0, but they will need to be more clinical against Brazil in the final.

Ivory Coast did well to get out of a tricky Group D that included Germany and Brazil, but the odds for victory were always long. The Ivorians held on against Spain and were minutes away from victory, but a late goal (93rd minute!) took the game to extra time where Spain won. The future looks bright, however.

Hosts Japan can feel Ivory Coast’s pain: they were four minutes away from going to penalties against Spain, where they could have won to advance to the Gold Medal match. Japan overcame New Zealand on penalties in the Quarterfinals, so it would have been a more than possible result. Japan will now look to the Bronze Medal match against Mexico.

New Zealand drew 0-0 with Japan and were dumped out on penalties, exiting the tournament with only three goals scored in four games. The second-youngest team at the Olympics, this did bring valuable experience for the youthful side.

Brazil surprisingly struggled in the knockouts – a 1-0 victory against Egypt followed by a shootout win over Mexico – but the Brazilians have experience in the final. They are the defending champions, after all.

Egypt were able to hold mighty Brazil at bay, but once more the offense failed them. Without star Mohamed Salah, Egypt finished the tournament with just two goals in four games.

South Korea‘s defense let them down in an incredible 6-3 loss to a Mexican side that had scored seven combined goals in the group stages. Previously the Korean defense had only allowed one goal. A disappointing result, but like Egypt they were missing their (and the continent’s) best player in Son Heung-min.

Mexico looked to gain momentum from their thrashing of South Korea, and almost succeeded in the semis as they took Brazil to penalties. Unfortunately two spot kicks were missed, leaving Mexico to play for bronze.

Brazil and Spain now are both looking to win just their second ever gold medals for soccer at the Olympics. Brazil are going for back-to-back, triumphing in the Rio games in 2016, whereas Spain haven’t won since 1992 in Barcelona. (Does everyone win gold when hosting the Olympics? Sorry, Japan…)

Who are you rooting for? Let me know in the comments!

Image courtesy of lhourahane, CC BY 2.0, via Wikimedia Commons. 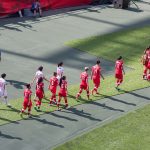 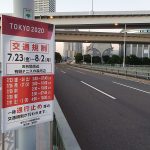