The semi-finalists of the Champions League have been confirmed after some crazy quarter-final results. Paris Saint-Germain (PSG) trailed early to underdogs Atalanta, but goals from Kylian Mbappe and Eric Choupo-Moting stole the win for the Parisians. Meanwhile, RB Leipzig advanced to the Champions League semi-finals for the first time ever after a late goal from midfielder Tyler Adams, beating Atletico Madrid.

After those close two results, some blowouts were in store. And boy, were they blowouts. Barcelona were absolutely obliterated by Bayern Munich, as the German champions slaughtered the Spaniards 8-2. Meanwhile, substitute hero Moussa Dembele scored two late goals to help Lyon continue on a stunning Champions League run which includes wins over Juventus, Manchester City, and eventual semi-finalists RB Leipzig.

However, Lyon will have another tough task, facing Bayern Munich. Both Lyon and RB Leipzig will be underdogs but have proven along the way that they are more than capable. Who do you think can win it all? 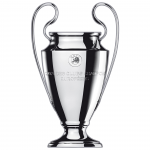 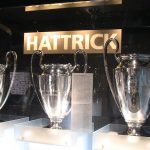