After a crazy three months, the Premier League has finally returned. The season returned on June 17th, and it took no time at all for controversy to strike. The ball appeared the cross the goal line in Villa goalkeeper Ørjan Nyland’s hands, but the goal line technology failed to detect a goal,  and the game finished in a 0-0 draw. This not only cost Sheffield United a huge win in their battle for European qualification, but it also gave Aston Villa a huge point as they attempt to avoid relegation and stay in the Premier League.

But Aston Villa are far from safe. As of June 24th, Aston Villa are in 19th place, even on points with Bournemouth and West Ham but with a terrible goal differential of -23. So, the question remains. Who will get relegated?

The Player Who Could Save Them: Teemu Pukki

This season has been quite harsh for Norwich, who don’t deserve to be nearly as low in the standings as they are. Early in the year they beat Manchester City 3-2, and have had one goal losses in games to Chelsea, Southampton, Sheffield United, Wolverhampton, Aston Villa, Tottenham, Liverpool(!), Sheffield United again, and most recently Everton.

In fact, in the game versus league leaders Liverpool, Norwich nearly took the lead in the 72nd minute but Alexander Tettey hit the post. Norwich were effective on the counter attack the whole game, and games like that showcased why Norwich have potential to stay up. However, Norwich have been unbelievably poor at away games, with just six points in fifteen away games. This is unimportant now due to the fact that the stadiums will have no fans but if Norwich were to miraculously stay up they would desperately need to improve that.

The player that could save Norwich from going down is star striker Teemu Pukki, who has scored eleven goals and gotten three assists in the thirty games he has played. They have a relatively easy schedule remaining, with five of their remaining seven games against below mid-table teams (three of those against teams also battling relegation), but it’s hard to see a scenario where Norwich escape.

The Player Who Could Save Them: Jack Grealish

Despite recent help from goal line technology, Villa have an awful goal differential with -23, second only to Norwich’s -31. They have the second worst away form with nine away points in sixteen games, second only to Norwich’s six. They even have the second fewest points with 27, with only-you guessed it-Norwich having fewer. So why will they finish lower than Norwich?

In Villa’s seven remaining games, they face Wolverhampton, who are currently playing for a Champions League spot. They follow that up with Liverpool, who will probably have already clinched the Premier League by then. They then follow that up with Manchester United, Crystal Palace, Everton and West Ham.

Aston Villa’s best chance for survival is depending on Jack Grealish, who is a Manchester United target (although who isn’t?). In twenty-eight games, Jack Grealish has produced seven goals, six assists and some terrible hair. He’s the best chance for Villa staying up, but that isn’t much more than a pipe dream.

The Player Who Could Save Them: Callum Wilson

The defense for Bournemouth has been solid thanks to the likes of Nathan Aké and Aaron Ramsdale. However, the team has been more than lackluster at the front, with leading scorer Callum Wilson having just eight goals and one assist. If Bournemouth were to defy all odds and stay up, they would need Wilson to start scoring, and fast.

The Player Who Could Save Them: Lukasz Fabianski

West Ham’s schedule is a little like the West Ham team: some good, some bad. They face Champions League contenders in Chelsea and Manchester United, but they also face relegation-threatened teams in Norwich, Aston Villa and Watford. This season has been mostly poor for West Ham, as displayed in a season-opening 5-0 loss to Manchester City, but they have also had some decent results, including wins over Manchester United and Chelsea.

The season actually is exactly like February’s loss to Liverpool. That game was up and down, with West Ham poised to become the first team to beat Liverpool after a Pablo Fornals strike in the 54th minute to give West Ham a 2-1 lead. However, a terrible mistake from West Ham goalkeeper Lukasz Fabianski in the 68th minute gifted Mohamed Salah a goal, and he also added pressure on a move that backfired as Sadio Mane put the 81st minute winner in the net. This sums up West Ham’s season: immediate depression, followed up by an incredible comeback, followed up by great optimism before having that all crushed by West Ham-like mistakes.

For West Ham to stay up, they need Lukasz Fabianski to regain his prior good form. He actually was incredible for West Ham against Liverpool prior to those mistakes. And you can’t lose if you don’t let any goals in, right?

The Player Who Could Save Them:  Troy Deeney

So despite saying on May 19th that he would not be returning to play because of his son with breathing difficulties, Troy Deeney still played in Watford’s return to football, a 1-1 draw with third placed Leicester City. So if he continues to play, which presumably he will, he will be essential to Watford staying up. Remember that both Norwich and West Ham nearly became the first teams to beat Liverpool this season? Watford was the first team to beat Liverpool, and they did so in dominating fashion in a 3-0 domination. Deeney did score that game, but the star of that game was 22 year old Senegalese forward Ismaila Sarr, who assisted Deeney’s goal, scored two of his own, and barely missed a third just before being subbed off in the 82nd minute.

Watford were gifted a gracious remaining schedule, facing Burnley, Southampton, Chelsea, Norwich, Newcastle, West Ham and Manchester City. A relatively easy schedule with the most talented roster of the teams fighting relegation. If they go down, don’t expect Nigel Pearson to return for Watford.

So that is my review of the teams fighting relegation. If you have predictions of your own, or any questions for me, just comment. I hope you enjoyed, and as always, keep watching soccer! 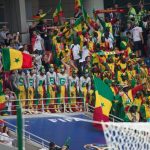